Watch the movie.  See what true love for a woman is like. Nominate the man for an Oscar.

And of course, I always substantiate my claims… 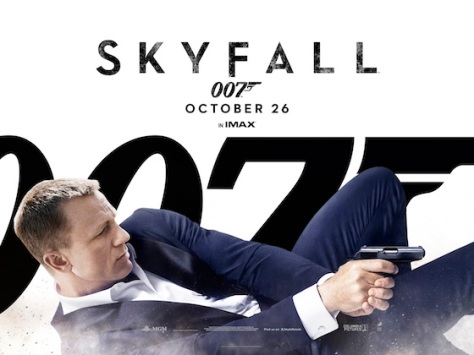 I am so proud to have accomplished what I have only managed like twice in the last 8 years. Watch a movie on the weekend of its release. Why is that? Once kids come into the picture, catching a movie in its year of release becomes a challenge. 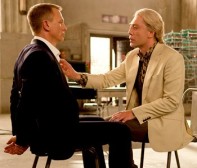 (Spoiler alert) Yes, who can resist James Bond (seen above using deft hand to sort out his crocked right). The girls all want to watch him. The guys got no choice but to go along (hence unable to resist as well), and engage in the extremely twisted exercise of being party to their girl swoon over another man for two and a half hours. Oh what to do. I retaliate by acting positively disposed to the is-he-gay-or-is-he-not-but-he’s-got-no-teeth-so-he-mustn’t-be bad guy played by the actor par excellence Javier Bardem (seen in picture violating the ramrod straight James Bond with deft hand).

Thinking again, it’s funny. Why did I think first of Bardem when there are the Bond girls?

Ah the stunning Bond girls (seen here strategically concealing their right arms so they could appear on this blog), of course. Berenice Lim-Marlohe’s looks are as mixed as her name. When her name first came up, I first thought Singapore, and then the better senses kicked in (System 2 thinking in behavioral science parlance), and so let’s be more accurate. It’s the name of a person of Chinese descent originating from Southeast Asia, where names are not pronounced in Mandarin but in the dialect group to which the person belongs. Which is how my name 张 (pronounced Zhang) metamorphosed into Teo of the Henghua dialect. Turns out she is French and 33. It may sound like she’s a bit mature in age to be a Bond girl, but with Daniel Craig (only 44) trying to looking 60 in this movie, 33 certainly sounds more politically-correct than 22.

Speaking of political correctness, how about that, no white Bond girls this time. Those looking for Caucasian beauty would need to plonk Judi Dench (seen here using deft hand for facial hair removal while the other hand awaits to pass the pen to it) in a time machine and crank back about 130 years. (This demographic is strangely reminiscent of the recent presidential elections…creepy.) And even then she will be taking a break the next movie. Then the same people will have to imagine Ralph Fiennes in drag (I recall he has done it before, just can’t place the movie). Though with Bond movies, miraculous resurrections are a dime a dozen, why should we be surprised.

I can imagine Ralph Fiennes’s character being really pissed though if Judi Dench does return.